The Gravity of Being Down-To-Earth: Becoming More Genuine 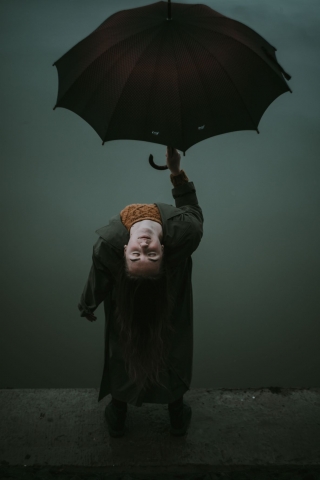 Down-to-earth people always attract others. Because they are so authentic to their beliefs and what they stand for, most of the time, people yearn to be friends (or maybe more than friends) with people who are down to earth. They can express themselves freely without being fake to others and don't pretend to be someone they are not.

One thing that draws people down to earth is how genuine they are. Contrary to common belief, being genuine is not innate. Most of the time, being genuine is practiced and influenced by the people around you. If you grew up in an environment where genuine people were admired, you are more likely to grow up to be a genuine person.

But how about those who are not? Is there no hope for them? Well, hope is not all lost. Though being genuine is not innate, the ability to become genuine is. This means that everyone has the potential to be genuine people. Sometimes people would read a thought-provoking book for self-discovery for them to find their "true selves," but you could also try some of these tricks to learn to be more genuine:

Stop Expecting Perfection
People are not perfect, and it isn't fair to expect yourself to be perfect. Most of the time, running after a false sense of self to appear perfect to yourself or others often gives you that feeling of being a phony. It stops you from doing what you want and stops you from pursuing your dreams.

The issue with trying to be perfect all the time is that you lose yourself. Running after what people believe to be perfect is like forcing yourself into a mold that forces you to be someone you are not. Though it may seem appealing at first, this could lead to a lot of burnout. Admitting your shortcomings, as well as your mistakes, help you become a more genuine person.

Avoid Self-Pity
We often throw pity parties for ourselves or others when we think of self-pity. However, drowning in your self-pity often leads you to be self-absorbed and completely disregard the feelings and situations of other people. Moreover, these ways of thinking do not help you promote a healthy mindset. This often focuses on feeling sorry for yourself without looking for real solutions to problems.

Be grateful
Saying thank you and celebrating simple joys are often things that are overlooked. If someone gives you something small, be grateful since this may be something big for them. Being appreciative of things around you also helps you become more aware of your surroundings and be more genuine since you are more in tune with reality.

Be brave
"Say what you wanna say, and let the words fall out. Honestly, I wanna see you be brave."
Speaking your mind and voicing your opinions is often very difficult for many, especially if your ideas are controversial or display deviance. Sometimes, being brave enough to speak out, especially about injustice, is challenging depending on who you are speaking to, especially if you are talking to a superior.

Because of this, being brave should be paired with learning how to be respectful. Learning how to speak your mind without offending others is an excellent skill to learn when trying to be a more genuine person. Often, doing this will also help you arrive at solutions quicker than others.

Walk the Talk
Keeping your word is one thing that makes it difficult to be genuine. To do this, start by making promises you know you can keep. If you promise to complete something by a specific date, stick by it; if you promise to keep it a secret, don't tell other people. Walking the talk often helps you become a more genuine person than someone who just makes empty promises.

Stop judging others
Sometimes, people excel at certain aspects. They may be more "book smart," more athletic, sociable, and likable. This is often natural since many people excel at some things and struggle in other aspects.

Because of this, comparing yourself to other people and judging them for not being good at something is often unfair. We all have our strengths and weaknesses, and it is unfair to compare your strengths to others' weaknesses. Sure, you may be skilled at more things than others, but that still isn't an excuse to judge others.